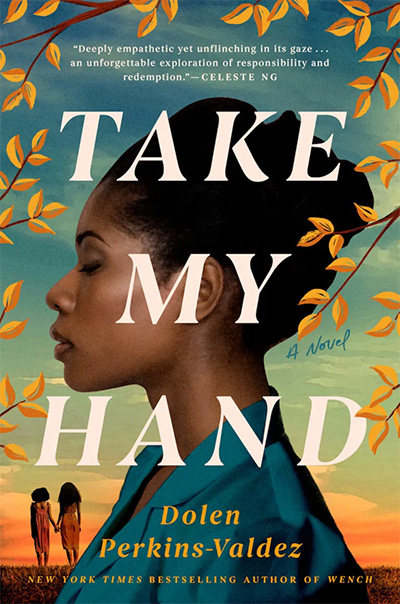 The 1970s is a decade that inspires nostalgia in many with its legacy of classic rock music, the Saturday Night Fever disco craze, bell bottom jeans and long sideburns. But for me, a young teen in that decade, with the images from the nightly newscasts of the turbulent 1960s still vividly fresh—the assassinations of JFK, Bobby Kennedy, and Martin Luther King, civil rights protestors knocked to the ground with fire hoses, anti-war protests, Cesar Chavez leading the fight for migrant worker’s rights, the Black Panthers, fists raised in the air—it’s those lingering raw violent images and the newly integrated South that come to mind when I think about the early 1970s.

Birmingham, Alabama’s sister city was Atlanta, whose downtown was dead and the suburbs thriving with white flight in 1972. The country boiled with racial tension, and I was aware of how people looked at my family, Cuban refugees and starkly different from the white families in our small public high school in Roswell, Georgia. White and Protestant was the norm and everything else was ‘other.’

Dolen Perkins-Valdez’ Take My Hand is a portal to that emotionally charged era with a fresh story based on true events—medical racism and the forced sterilization of poor, young Black girls. The novel opens in 2016 when the protagonist, Civil Townsend, a sixty-seven-year-old doctor in Memphis, decides it’s time to journey to Montgomery, Alabama to visit a family she first met in the early 70s as a nurse for a family planning clinic. But before Civil makes that journey, she wants to tell her daughter Anne the sequence of events that still haunt her. With the car gassed up and packed for the journey, Civil beckons to Anne to join her from her perch on the screened-in porch, inwardly thinking, “I’m not trying to change the past. I’m telling it in order to lay these ghosts to rest.”

Perkins-Valdez takes us into Civil Townsend’s mind, flipping between two timelines, 2016 and 1973, in a cadenced pattern that never confuses the reader. In 1972, Civil is a newly graduated nurse passionate about helping others, well aware her father, a physician, is disappointed in her decision to work for Montgomery’s Family Planning Clinic instead of his medical practice. But young Civil feels a tenacious responsibility to help the poor, venturing out into what she calls the ‘country country,’ areas she’d only driven through in her sheltered life, and where poor blacks still lived in squalor. Early on she meets her first two patients, India and Erica Williams, eleven and thirteen years of age, who with their widowed father and their grandmother, share a shack behind a white man’s neat brick ranch house. Civil is shaken as she takes in the hole in the roof and the hole in the floor, over which the grandmother, Mrs. Williams, cooks a stew. The smell of unwashed bodies, piles of unwashed clothes, the atmosphere of hopelessness and misery leaves an impact on Civil and spurs her into action to help the family.

Wrought with themes of family, community, motherhood, racial inequality, and poverty, Perkins-Valdez weaves a richly layered story full of complexities. There is Civil’s relationship with her emotionally distant mother and with Ty, a former boyfriend with whom Civil shares a guilt-ridden secret. There is the white woman in charge of the clinic, Mrs. Seager, who sees herself as a sort of savior, keeping the poor from building families she believes they can’t properly care for, when in fact, she is the ultimate antagonist, a white woman who sees Blacks as inferior and in need of her intervention.

Civil questions her own motives as she interferes in the Williams’ world, refusing to give India and Erica the Depo-Provera contraceptive shots because the girls haven’t yet reached puberty and are not sexually active. Civil’s growing obsession with the family is central to the story. Her deepening love for the girls, her overwhelming need to save them, she spins herself into nurse, social worker, and mother. She recognizes the boundary-stretching and emotional investment may not end well, but Civil can’t help herself, ignoring warnings from her family, friends, and fellow nurses, reflecting that “I have received more from them than I ever could have given.”

The stakes are high, the tension ever-increasing as the facts about India and Erica Williams’ sterilizations are discovered and Civil becomes instrumental in the federal lawsuit that brings a  national focus on Montgomery. The events are horrific, the telling well-paced and mesmerizing. This is a book I couldn’t put down, as I held my breath, caring about the Williams girls, about Civil, her parents, and worried for all of them.

Don’t expect a neat, happy ending. Perkins-Valdez leaves the reader lingering over the events and their long-reaching impact on the Williams family and on Civil Townsend.  This is a timely and important work of historical fiction. Take My Hand reminds us of the past, and fifty years on, in 2020, a whistleblower’s jaw-dropping revelation of the same inhumane and unethical sterilizations imposed on unsuspecting immigrant women detained by Immigration and Customs Enforcement (ICE). Perkins-Valdez makes clear that the battle to right social wrongs continues, and impactful stories written to inspire social change remain as essential as ever.