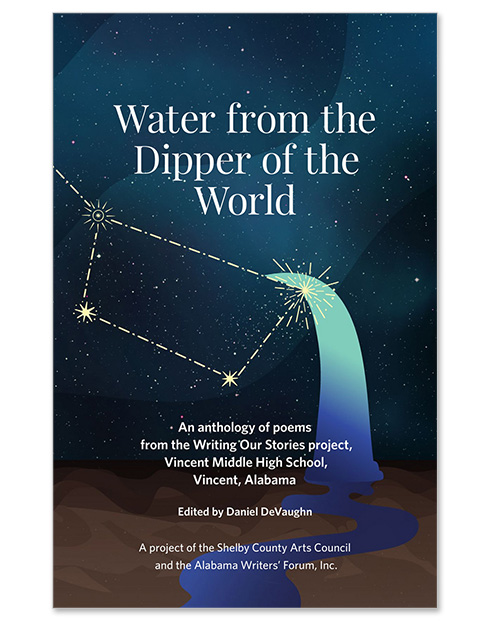 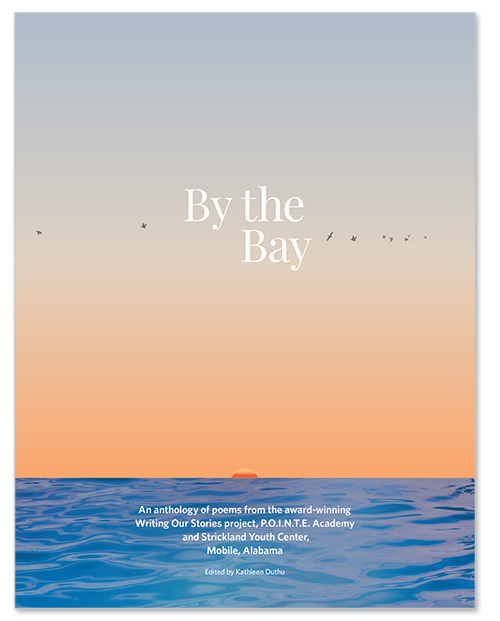 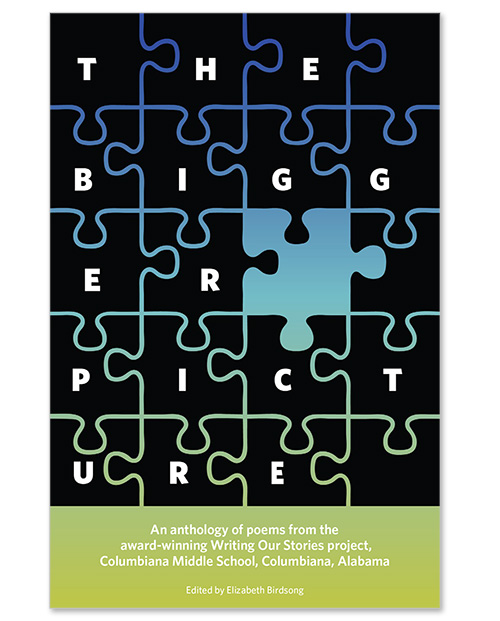 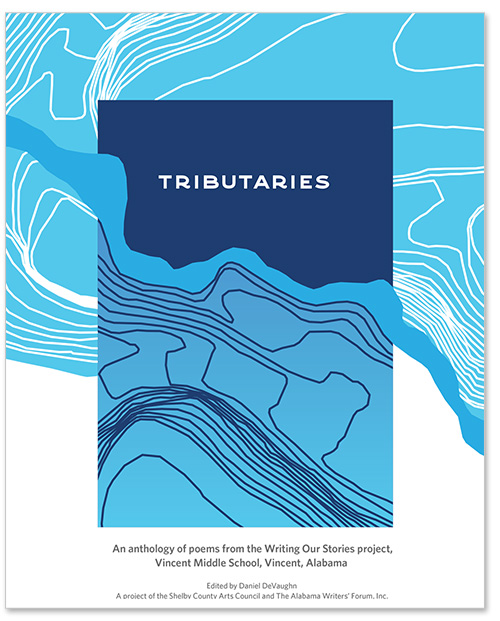 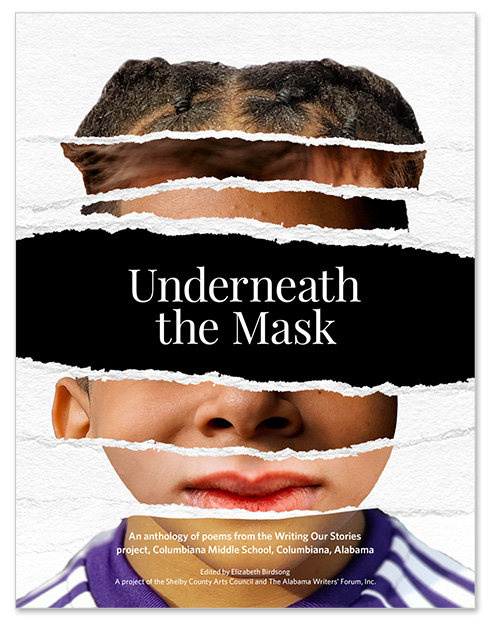 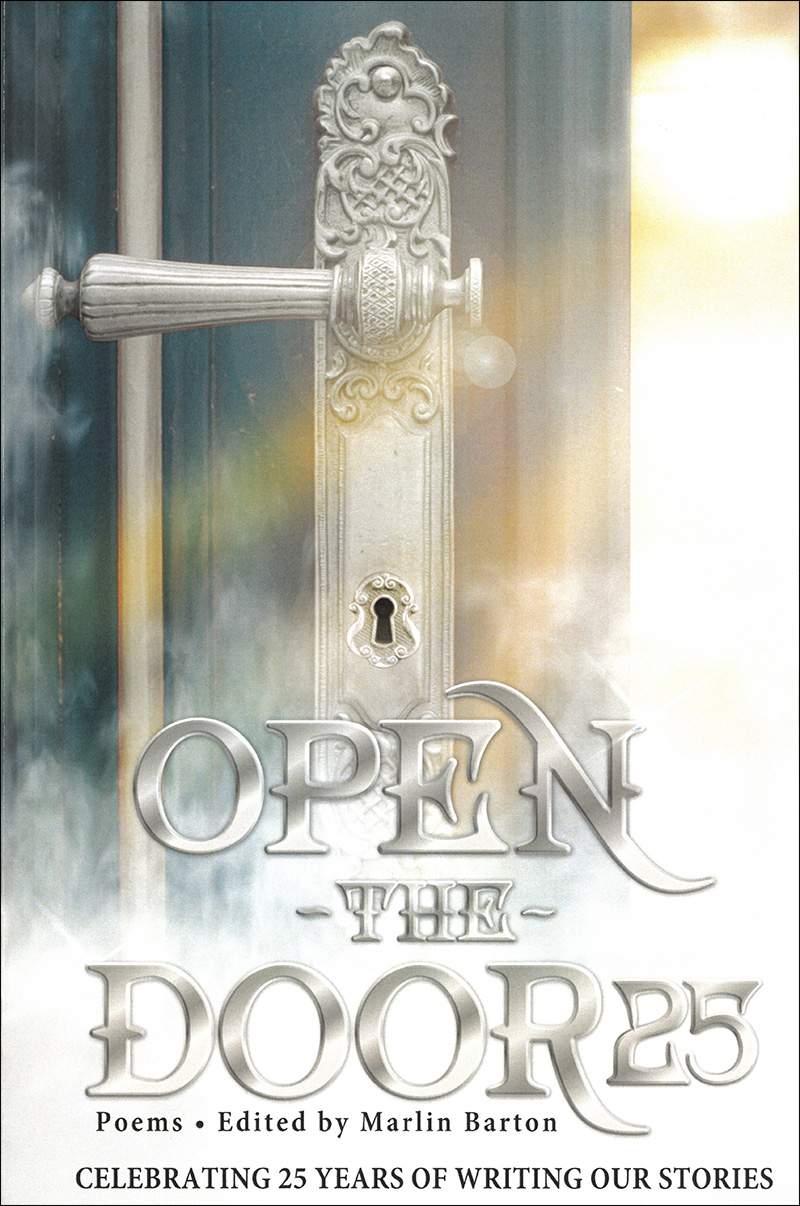 The Writing Our Stories program began in the fall of 1997 as a partnership between the Alabama Writers’ Forum and the Alabama Department of Youth Services (DYS). Our goals from the beginning have been threefold: to help incarcerated juvenile offenders become better writers and readers, to aid in their therapeutic process by allowing them to write about their lives and experiences, and to give them the opportunity for ownership and pride in their literary accomplishments.

The first 25 years of the program at DYS has seen the publication of 63 anthologies and 19 smaller chapbooks, all of which contain the work of approximately 1,500 students, including the work of young women at the Chalkville facility in Birmingham, where the program existed for 14 years before tornado damage forced the facility to close.

In addition to the partnership with the Alabama Department of Youth Services, the Forum has also partnered with the Shelby County Arts Council and the Shelby County School system since 2011 to bring the Writing Our Stories program to a total of three traditional middle schools in Columbiana, Montevallo, and Vincent. The Forum has published a total of 21 anthologies which includes work by sixth and seventh graders.

The program is craft based, and students begin by learning such basic elements of poetry and prose as simile, personification, and metaphor. Teaching writers, who are well published, instruct the students, and they are assisted by cooperating classroom teachers who oversee discipline. In 2002, the teaching writers and Jeanie Thompson, program director, and Dr. Tracy Smitherman, assistant superintendent of the DYS school district, compiled a curriculum guide of all the writing lessons used in the program, and in the spring of 2022, the Forum published an updated curriculum titled The Language of Objects: A Creative Writing Handbook with Mockingbird Press. The handbook contains 47 lessons that cover poetry, fiction, and non-fiction, and it is available for purchase.

Writing Our Stories students have received recognition far beyond the confines of the two major DYS facilities. Each year our students place well in the Alabama High School Literary Arts Awards competition, alongside students from honors English classes, magnet schools, and the Alabama School of Fine Arts. 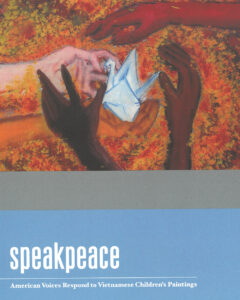 In 2010, three of our students had work chosen in a competition conducted by the Wick Poetry Center at Kent State University in collaboration with the War Remnants Museum in Ho Chi Minh City, Vietnam. The Wick Center took artwork created by Vietnamese children on themes of peace and war, and asked for students, established poets, and war veterans to create poems inspired by the artwork. Our students’ work was posted, along with the accompanying artwork, on the Wick Poetry Center’s website, and the poems were part of a national traveling exhibition of art and writing called Speak Peace: American Voices Respond to Vietnamese Children’s Paintings.

In 2013, our students’ poetry was featured in an exhibition of photographs in Chicago in collaboration with the Illinois Institute of Art. This work was then gathered in the book Freedom through Creation, where black and white photographs are paired with the poems that inspired them.

In the spring of 2022, a student at Mt. Meigs won third place in the University of Southern California’s Systems-Impacted Youth Writers Contest, a nationwide competition for young people who have been incarcerated or have had a family member serve time. We’re very proud of this young man whose work will be published in a chapbook along with the other winners.

At Vincent Middle-High School, students took part in a special, eight-week Writing Our Stories curriculum entitled Land as Persona: Many Paths to the Present, a collaboration between the Alabama Writers’ Forum and Klein Arts & Culture. Special guests visited the students each week and spoke about a specific period of time in the history of Vincent and nearby Harpersville. The goal of this curriculum is to teach students via oral history and, subsequently, persona poetry about the different peoples and cultures that exist, or have existed, in the state of Alabama. In May of 2022, to culminate the curriculum, students read original work from their anthology, Water from the Dipper of the World, at the Wallace House, a former plantation turned site of reconciliation for the descendants of Sam Wallace, the first white settler in the area.

And in the spring of 2022, the Forum expanded its work with juvenile offenders to South Alabama when we placed a teaching writer at P.O.I.N.T.E. Academy and Stickland Youth Center in Mobile. The work of these students is featured in a digital anthology titled By the Bay.

Alabama Public Radio | By Lynn Oldshue Published June 2, 2022 The State of Alabama does certain things to rehabilitate juvenile offenders. There’s treatment for substance abuse and mental health issues as well as coaching and mentoring. This is a [...]